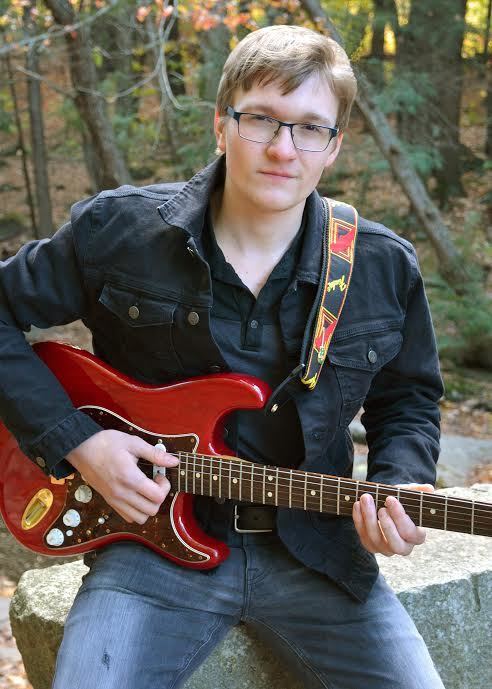 Bryce Bragdon, son of Reggie and Lee­Ann Bragdon, of Windsor, a senior at Hall­-Dale High School in Farmingdale, has been selected to receive the 2019 Principal’s Award, according to a news release from Principal Mark A. Tinkham.

The award, sponsored by the Maine Principals Association, is given in recognition of a high school seniors academic achievement and citizenship.

He also is musically inclined as he is on the Music Honor Society, an All­-State Jazz Band guitarist, and captain of the Japanese Taiko Drumming team. He has an innate love of learning. His passion for learning has opened up many pathways for him as he attended Berklee College for two summers in their guitar sessions, a summer at Cornell University as part of their Catalyst Academy, and at Worcester Polytech as part of their Frontiers Summer Engineering program.

He was intelligent enough to merge his love of science and music to craft his senior project on creating instruments from vegetables in order to make music more accessible to under-represented groups. While doing this, he founded the band “Veggies in the Pantry,” where its members play instruments designed from vegetables, according to the release.

Bragdon, Tinkham and other award winners and their principals are invited to attend an honors luncheon Saturday, April 6, at Jeff’s Catering in Brewer.

The  luncheon recognizes these outstanding students with the presentation of an individual plaque and the awarding of five $1,000 scholarships in the names of Horace O. McGowan and Richard W. Tyler.

McGowan and Tyler were former Maine principals and executive directors of the association. An additional five $1,000 scholarships will be presented through the efforts of the MPA Scholarship Golf Tournament.

The Principal’s Award is presented in more than 100 Maine public and private high schools by member principal’s of the MPA, the professional association which represents Maine’s school administrators.