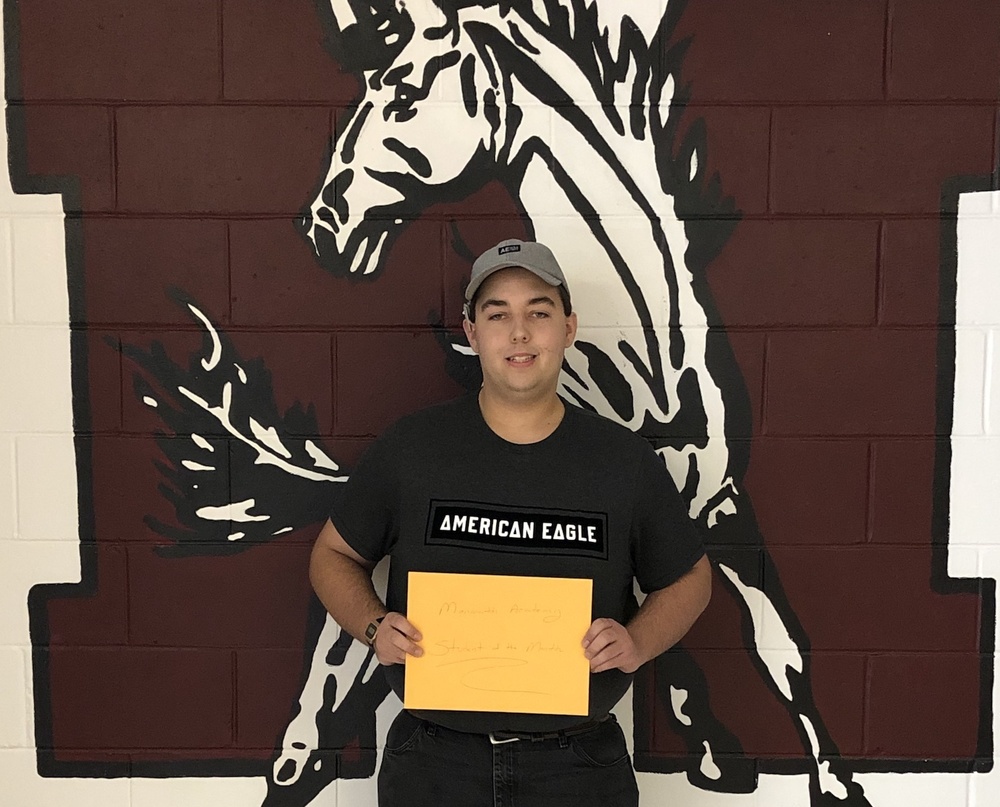 Alex Fox, an M.A. Junior, was recently recognized as Monmouth Academy’s December Student of the Month.  In presenting his award, Ms. Littlefield remarked, “There is a kind of person that is often described as a ‘helper’.  Helpers are people who, often in months of crisis, jump in and help whoever needs it. In reality, those people are constant helpers, they are always ready to make daily life the best they can for anyone around them.  They hold doors, they say good morning, they genuinely care about your day. They are the people that make our society better and Alex embodies those qualities .” Alex is the son of Tracy and Kevin Fox.