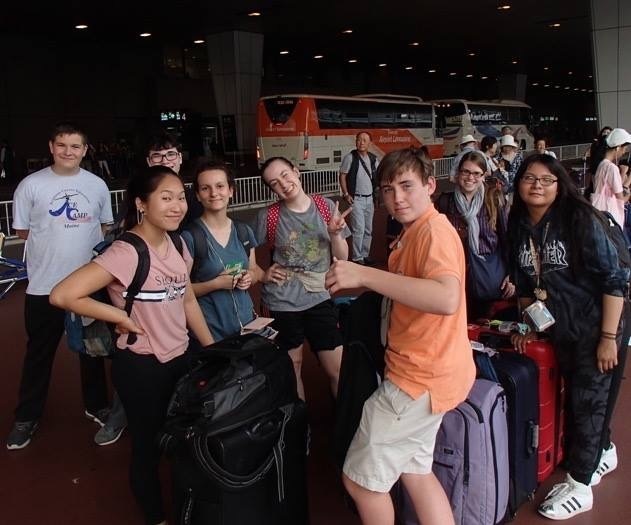 Our first day started out at the bus station. For some people it was at the Augusta bus station and for others it was at the Portland bus station. It was a two hour bus ride to Boston Logan airport, but when we got there the ticket counter was closed so we had to wait for a good 45 minutes. Once we got through TSA we waited at the gate until 1 o’clock in the afternoon. We took off from Logan airport a little bit delayed because we had to stay on the tarmac for some reason. After 30 minutes of waiting on the tarmac we took off for a 13 1/2 hour flight. An hour into the flight we got a great meal and start to settle in for the flight. In the second hour they dimmed the cabin lights and windows and put on a blue light. Some people got sleep and 12 hours later, we landed in Tokyo, Japan. Our day ended with a shuttle bus to the hotel and off to sleep for the night.